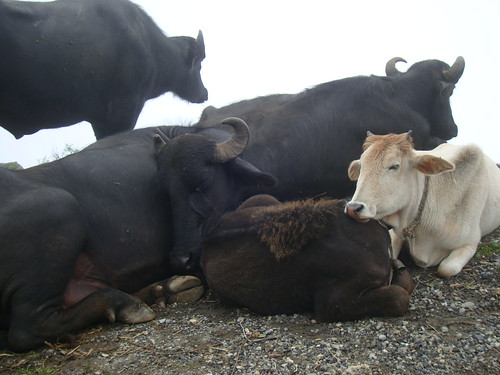 A recent study has found that wildlife are an important source of tick-borne diseases of livestock, with 70% of emerging pathogens originating from wildlife. The study found evidence of previously unknown parasite genotypes that may be infective to both small ruminants and equids (horses). Climate change could fuel the spread of such pathogens through the spread of their tick vector further impacting livestock production.

The study by Naftaly Githaka, ILRI scientist and others studied a total of 86 cattle and 26 waterbuck blood samples from Marula, a site in Kenya endemic for East Coast fever (ECF) where the primary wildlife reservoir of T. parva the Cape buffalo (Syncerus caffer) is also common.

‘Waterbuck an ungulate species endemic to the Eastern African savannah, is suspected of being a wildlife reservoir for tick-transmitted parasites infective to livestock. Waterbuck is infested by large numbers of Rhipicephalus appendiculatus, the tick vector for Theileria parva, and previous data suggests that the species may be a source of T. parva transmission to cattle.

‘The study investigated the waterbuck as a potential reservoir of Theileria spp. that are infective to livestock. The data indicate that waterbuck may not play a role in the epidemiology of ECF at this site since T. parva could not be detected in the 26 animals sampled.

‘However waterbuck is a host to multiple additional Theileria genotypes that are genetically related to species that are pathogenic in both small ruminants and equids.